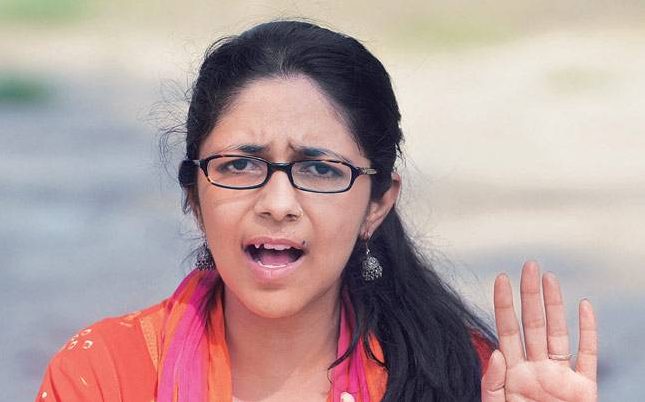 Swati Maliwal, chairperson of the Delhi Commission, said that Delhi Police personnel stopped her from sitting on an indefinite hunger strike at Jantar Mantar to protest the growing incidents of crime against women, particularly the rape and murder of the veterinary doctor in Hyderbad. She mentioned this in a tweet: “Police is not allowing us to sit at Jantar Mantar. Police barricaded the entire Jantar Mantar area the whole night and stopped us from putting up our tents, mike and toilets. They are openly saying they will not allow us to sit on a hunger strike”.

She added: “Do women not have the right to even sit on a protest in this country? What is the fear that the central government has? Do we really have a democracy?”

She had said she would go on an indefinite hunger strike against the recent rape incidents. Following the incident of the Delhi Police not allowing her and the others with her to sit on the hunger strike, Maliwal said she will stick to her resolve and sit on the strike wherever she finds space.

She said she has written to Prime Minister Narendra Modi hoping he can “bring the nation together against such crimes”. She said she was demanding the police to be held accountable and more fast track courts to deal with crimes against women.

The police said that details of the protest including the number of protesters, microphone arrangements and others were not received. That is why they denied them the place to hold the demonstration.