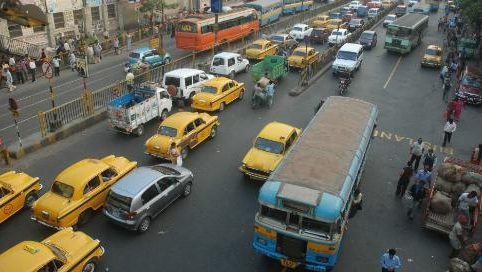 With the state government planning to resume bus services across the state from next week, bus owners’ associations have proposed three times hike in passenger fare. During a meeting with state transport minister Subhendu Adhikari on Wednesday, the bus owners discussed at length, the routes in which the services would resume and the proposed fare.

The state transport department had asked the associations to mutually decide on the fares. On this basis, two associations submitted their proposed fare chart which wants a rise in passenger fare by three times and even higher in some cases.

According to Adhikari, the state government has already allowed private bus services in green zones. Now, buses will be allowed to ply throughout the state, but avoid containment zones.

Also, as per the new directives, a maximum of 20 passengers will be able to board a bus and while providing service, strict adherence to the social distancing and health norms is mandatory. The fare decided will continue till it is reviewed again.

Other associations, that also prepared separate lists, have proposed to increase the fare to Rs 25 in the first stage. For minibuses, it is proposed to be Rs 30. Mini bus owners have argued that since these are smaller in size, they can accommodate only 15 passengers and as such the fare should be kept higher.

Apart from buses, the state is also planning to allow taxis to ply. Transport department officials met taxi owners’ associations on Thursday and decided to allow only two passengers with clear partition between passengers and the driver. Taxi associations have demanded a hike of 30 per cent from the present fare.

Plans are on to resume autorickshaw services with 50 per cent of the total number that used to ply pre-lockdown. Only two passengers will be allowed.