Leader of Opposition Suvendu Adhikari to be in Hanskhali today as well. 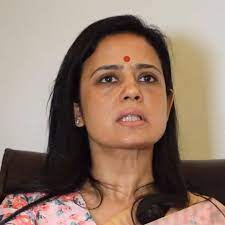 Trinamool Congress MP Mahua Moitra today is meeting the family of the minor girl who was allegedly raped and died in Nadia’s Hanskhali. Later today, Leader of Opposition Suvendu Adhikari too is scheduled to reach there. Moitra is an MP from Nadia district. However, the MLA and MP in the Hanskhali area are both from the Bharatiya Janata Party (BJP).

Suvendu Adhikari had mentioned on Monday that he will be in Hanskhali today in the afternoon.

Sources said that Moitra, the MP from Krishnagar, is being sent to Hanskhali at the instruction of West Bengal chief minister and Trinamool Congress chief Mamata Banerjee. Yesterday, Banerjee had raised several questions about the alleged rape and death of the minor girl, leading to criticism from several quarters.

At a programme in Kolkata on Monday, Banerjee said that the girl had a love affair and it was known by many in the area. “Will you call it rape or a love affair?” she asked. Banerjee also questioned why the complaint was not filed immediately, but five days later. “If there is a love affair between a girl and a boy, I cannot stop it. This is not Uttar Pradesh that I’ll stop it like love jihad,” she said.

The son of a Trinamool Congress gram panchayat member from Hanskhali was arrested on Sunday for the alleged rape of a minor that led to her death on April 5. According to the FIR lodged on Saturday by the girl’s father, the class IX student had gone to attend the birthday party of the Trinamool panchayat member Samar Gaoli’s son Sohel in Hanskhali’s Gajna on Monday, April 4. She returned home in the early hours of Tuesday, very ill. Her family took her to a local quack but she died soon after. The girl was cremated hastily on the same day at a local crematorium, allegedly under pressure from the Gaoli family. It is also alleged that Sohel had threatened the girl’s family about taking her to a government hospital or reporting the matter to police. However, the family reported the matter to police with the help of the Nadia district Childline.

There are conflicting reports on whether the girl was at the party alone or accompanied by others. There are reports that the girl was dropped home by a woman and unidentified men.

There have been two PILs filed in the case, demanding probe by the Central Bureau of Investigation (CBI).