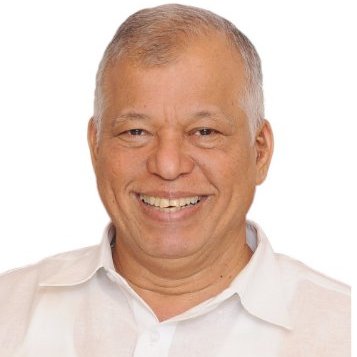 Trinamool Congress vice president Luizinho Faleiro on Friday announced his withdrawal as a candidate of the party from Goa’s Fatorda constituency for the upcoming Assembly polls. At a press conference, Faleiro said: “I announce my withdrawal as Goa Trinamool candidate from Fatorda and hand over the baton to a young woman advocate. That has been the policy of the party – to empower the women.” Trinamool’s new candidate for the Fatorda constituency is Seoula Avilia Vas.

Faleiro said that he took the decision as he “could not do justice” in the last election. “My earlier experience says that when I fought the election last time, we could not do justice to them. To replace me, we have a very able Flora, who will represent the Fatorda constituency,” he said. “I’ve taken the decision after consulting our party’s national chairperson as I would like to campaign from all over Goa for all Trinamool candidates,” he said.

Mahua Moitra, one of Trinamool leaders in charge of the party in Goa, said, “We are here in Fatorda to put up a fight and defeat the BJP.”