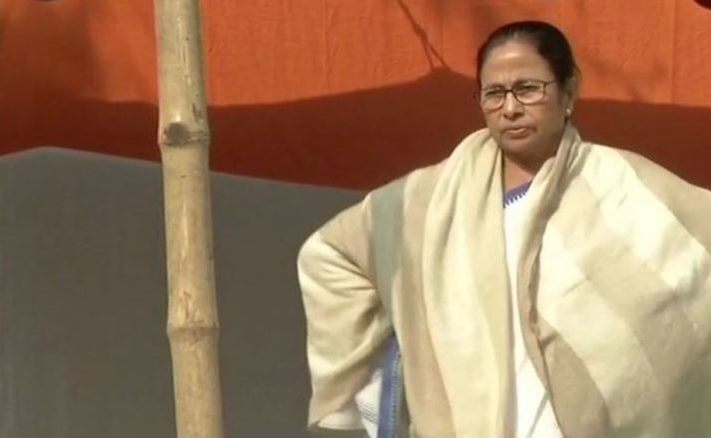 Two top officials of the West Bengal government – the chief secretary and the director general of police – have been summoned to Delhi by the Centre yet again. This is the second time the summons has come to Bengal to discuss the law and order situation in the state following an attack on the convoy of Bharatiya Janata Party (BJP) chief JP Nadda when he was in Bengal on December 9 and 10.

While earlier the Bengal government had refused to comply, this time too the summons has been turned down. But the Mamata Banerjee government has sought a video meeting citing the outbreak of COVID-19. The Union home secretary wrote to the West Bengal government on Thursday evening, asking the chief secretary and the police chief to attend a meeting in Delhi on Friday at 5.30 pm. The state government responded by seeking a video meeting due to the pandemic. The Centre has not yet responded to this.

Earlier, the Bengal government had turned down the summons last week. Following this, the Union Home Ministry asked the Bengal government to release three IPS officers so they could join under Central government deputation. These three officers were in charge of the security arrangements of Nadda during his Bengal visit. The three officers – Rajeev Mishra, Praveen Kumar and Bholanath Pandey – were not released by the government though. Yesterday – after a reiteration of the same order – Mamata Banerjee took to Twitter to state that the directive from the Centre was unconstitutional and Bengal would not be cowed down by these methods.

According to Banerjee’s tweet, “GoI’s order of central deputation for the 3 serving IPS officers of West Bengal despite the State’s objection is a colourable exercise of power and blatant misuse of emergency provision of IPS Cadre Rule 1954. This act is nothing but a deliberate attempt to encroach upon State’s jurisdiction & demoralize the serving officers in WB.” Banerjee added in the tweet that the move “particularly before the elections” was against the basic tenets of the federal structure. She wrote that it is “unconstitutional”. Banerjee said that “We wouldn’t allow this brazen attempt by the Centre to control the State machinery by proxy! West Bengal is not going to cow-down in front of expansionist & undemocratic forces.”