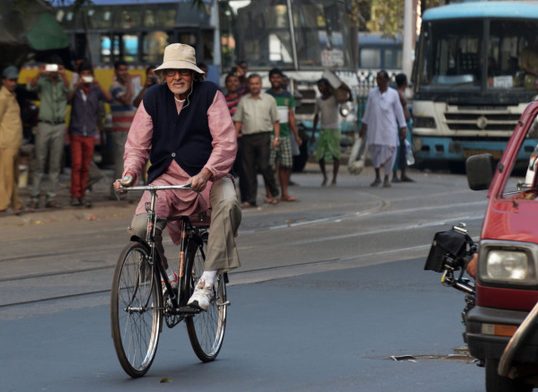 The state urban development department has engaged a consulting firm to conduct a survey of the roads across Kolkata along with some in the city’s northern and southern fringes that can be made a part of this project.

Another consideration will be the number of vehicles plying through these stretches, as roads with heavy traffic cannot be allotted for cycle bays because that will reduce the road space and lead to snarls throughout the day.

A 15-day survey and study is being undertaken from today that will help the agency to prepare a report. Initially, an approximate number of 60 roads have been selected – with the scope of continuous movement from one end to another, an official said.

Before finalising the project, officials of the city police, Kolkata Municipal Corporation, Kolkata Municipal Development Corporation and the Salt Lake police commissionerate will discuss it to understand if it clashes anywhere with the existing movement of traffic. Officials will also take into consideration whether creating the cycle bays will lead to any inconvenience from either the cyclists’ point of view as well as the drivers driving vehicles on the regular arterial roads.

The environment friendly mode of transport – in high use among people in many developed countries – became a reality in many parts of India following the outbreak of Novel Coronavirus (COVID-19) when maintaining social distancing is being considered as the safest option in the long run. Public transport is still not sufficient nor the safest, and thus many people prefer to get their own transport and cycling is one of the best options to use for reasonably short distances.

The sale of bicycles and two-wheeler bikes and scooters have gone up as the country moved from lockdown to the unlock phase.