She also attacked the media for not reporting the "truth". 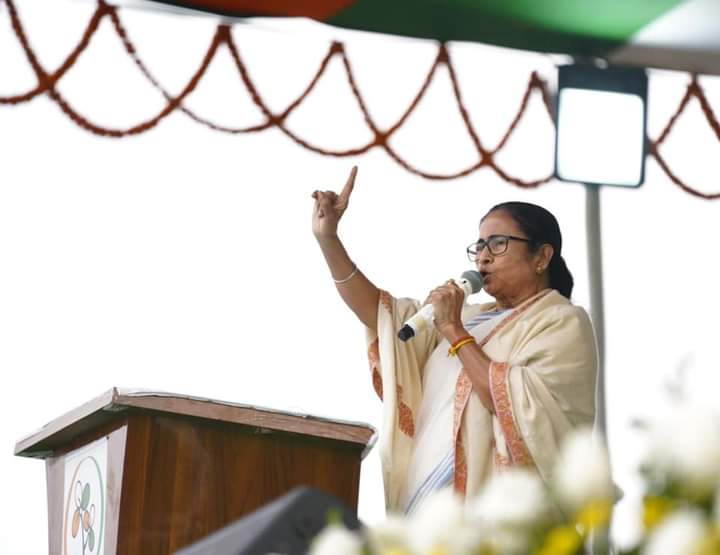 Trinamool Congress chief Mamata Banerjee on Tuesday said at a public meeting that the Bharatiya Janata Party is “more dangerous” than the Maoists. She said this in Purulia, where the Maoists were active not so long ago, a banned outfit that Banerjee was alleged to have allied with prior to overthrowing the Left Front government of 34 years in Bengal in 2011.

She said on Tuesday that many Maoists have surrendered and were offered jobs by the state government and peace prevailed in the region now, adding that all that would be ruined if the BJP comes to power in the coming days. Banerjee said that BJP leaders were threatening people and political leaders and there would be a reign of terror if they came to power in the 2021 Assembly elections.

In her public address, Banerjee also attacked the “owners of media” (clarifying that she had nothing against journalists who are employees) stating that they were cowering before the BJP and not bringing out the real “truth”. She attacked channels and opinion polls which she alleged were being distorted under threat of the BJP.

Banerjee said she is happy that some leaders of her party and quitting and joining the BJP as she said if they stayed back, they would cause more trouble. “I am happy they are leaving,” she said, adding that the leaders who are leaving did so because they want to keep secure the wealth they have accumulated over the past few years and because they are greedy.

Mamata Banerjee has been holding public meetings in various districts for the past few weeks. On Monday, she went to Nandigram in East Midnapore and announced she will be candidate from the seat in the coming Assembly polls.