He released a short note refusing the award. 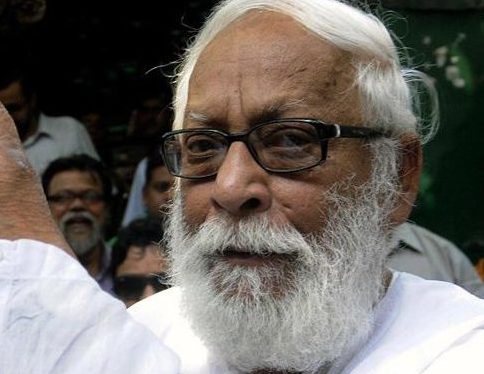 Former West Bengal chief minister Buddhadeb Bhattacharjee on Tuesday said he was not aware that he had been named for Padma Bhushan and he would refuse it if it were so. The Padma Bhushan is India’s third-highest civilian honour, conferred by the Central government. Bhattacharjee was today announced as one of the recipients of the Padma Bhushan, on the eve of Republic Day.

The award to the “veteran political leader and former chief minister of West Bengal” was given to him for his contribution to “public affairs”.

Bhattacharjee has been a fierce critic of the Bharatiya Janata Party-led Narendra Modi government at the Centre. Bhattacharjee (77) has been suffering from heart and lung conditions for the past few years. Earlier, another former chief minister of West Bengal and CPIM stalwart, Jyoti Basu, was proposed the Bharat Ratna by the then UPA government, which he had turned down. According to CPIM leaders, “Communists do not believe in these type of awards. Buddhadeb Bhattacharya also did so, and this is how he was expected to react.”