The letter was written on September 9.

The West Bengal government on Tuesday tweeted on its Twitter account Egiye Bangla a letter written by chief minister Mamata Banerjee to Union Health Minister Harsh Vardhan mentioning that 100 per cent free health service and other benefits are being provided by the state to its people.

Banerjee’s letter – written earlier this month, on September 9 – started on the note that on several occasions “it is heard” that the state government is not implementing the Central government’s scheme “Ayushman Bharat”. She wrote that much before the scheme was launched, the Bengal government had introduced “100 per cent free treatment, medicine and diagnostics for all in all government hospitals”.

She also mentioned the state’s Swasthya Sathi scheme that additionally provides all these facilities for free in private healthcare facilities up to Rs 5 lakh per family per year for critical illnesses, and that 7.5 crore people in the state were benefitting under it already.

Banerjee added that if the Centre decides to fund healthcare facilities 100 per cent through Ayushman Bharat, the project may be routed through the state government in such a case. Currently, the Centre and state share in the programme is at a 60:40 ratio except for the Northeastern states and three Himalayan states where the share is 90:10. 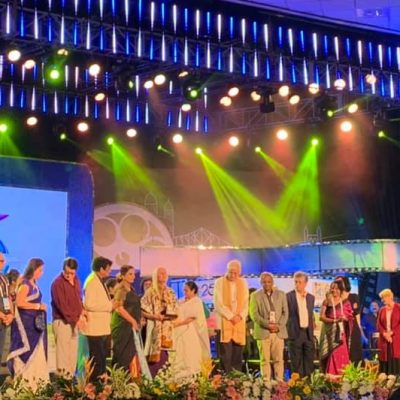