Notice to be sent to the Election Commission and Returning Officer. 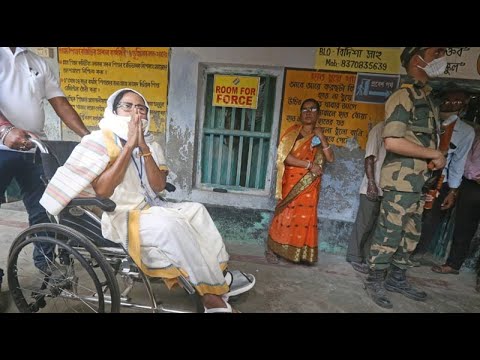 The Calcutta High Court on Wednesday, while hearing a petition – filed by West Bengal chief minister Mamata Banerjee challenging the election of BJP’s Suvendu Adhikari from Nandigram constituency – observed that a notice would be sent to the Election Commission to preserve all papers and Electronic Voting Machines of the election.

A notice will be sent to the EC authorities as well as the returning officer. This concerns the Assembly election in Nandigram where Banerjee lost to the BJP’s Suvendu Adhikai in May while her party had a landslide victory across the state. Banerjee had challenged the results, and sought that Suvendu Adhikari’s election be declared void.

On Wednesday, Justice Shampa Sarkar, who was hearing the case online, asked that a notice be served to the Commission and the RO asking all documents and EVMs related to the poll to be preserved. Banerjee — who appeared in court online — has alleged corrupt practices by Adhikari including bribery, promotion of hatred and enmity, seeking votes on the basis of religion and booth capture. She has also alleged discrepancies in the counting procedure and non-compliance in Form 17C, which is the account of votes recorded and the result of counting.

The next hearing in the case will be held on August 12.

The petition by Banerjee was earlier with Justice Kaushik Chanda, who fined the CM ₹ 5 lakh after accusing her of a “planned move to malign a judge” and of violating her constitutional duty. He exited the case after Banerjee had asked him to quit the case over “conflict of interest”. She told the court that she felt there may be bias on part of the Judge, who had links with the BJP.