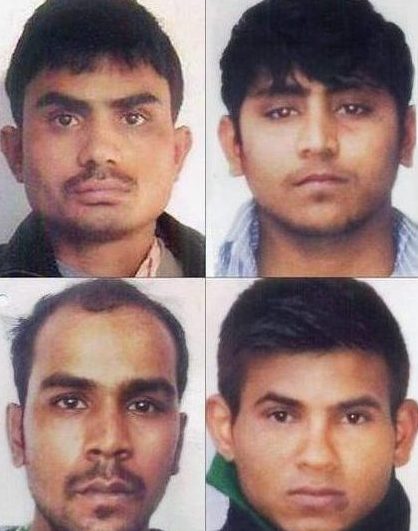 The Patiala House Court on Monday stayed the execution of four death-row convicts in Nirbhaya gangrape and murder case which was scheduled to take place at 6 am on Tuesday.
The development comes as one of the convicts, Pawan Gupta, filed a mercy plea after the Supreme Court dismissed his curative petition.
Related Posts

Sep 2, 2022
Additional Sessions judge Dharmendar Rana reprimanded Pawan’s lawyer AP Singh for filing the petition so late while the Delhi High Court had on February 5 given the convicts one week’s time to exhaust all the legal remedies available to them. The judge told the lawyer, “You are playing with fire, you should be cautious.”
Earlier in the day, the Patiala House Court had rejected a plea moved by the four death-row convicts in Nirbhaya gangrape and murder case to stay their execution scheduled on Tuesday.
Also, the Supreme Court had dismissed the curative petition of convict Pawan Gupta. In his petition, Pawan had urged to reduce the death sentence to life imprisonment.
However, Pawan filed a mercy plea with President immediately after his curative plea was dismissed. Once a mercy plea is rejected, a convict can only be hanged after 14 days from the date of rejection. Hanging of the four death row convicts in the case was scheduled on March 3, Tuesday.
So far three death warrants have been issued for the convicts in the Nirbhaya case, of which two were invalidated as the convicts kept resorting to legal remedies.
Six persons were arrested and charged with rape and murder of a 23-year-old medical student in Delhi in 2012, which came to be known as the Nirbhaya case. One of the accused was a minor and was tried in the juvenile justice court. He was released after three years. Another accused – Ram Singh – had allegedly committed suicide in Tihar Jail.
death sentenceDelhigenderNirbhayaNirbhaya caserapeTihar Jail