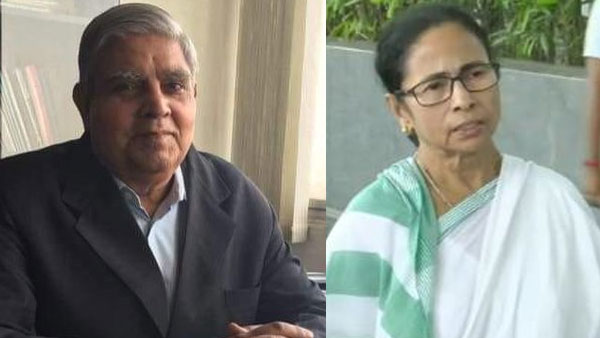 A few hours later, Bengal Governor Jagdeep Dhankhar took to Twitter from his official account @jdhankhar1 to write his “reflections” on Police Day: “Why fear governance @MamataOfficial without police political support! Why not gift freedom to it to act as per law! Why not unshackle its political chains @MamataOfficial. Why make police front line political workers! Why quid pro quo stance!” Dhankhar’s comment however was met with several Twitter users uploading the controversial statements made by the BJP state chief. Most of these users making such comments appeared to be supporters and/or followers of the Trinamool Congress. In the digital world, where social media users are sharply divided and highly politicised, that is perhaps not surprising.

On Sunday, Ghosh had said: “Some police personnel are working at the behest of the ruling party. Within a year, we will ensure that they are unable to be in touch with their families,” adding that these officers were spending money to educate their children outside West Bengal. “Their children won’t be able to complete their education. We will turn them into migratory workers.”

Twitter users also posted videos of another BJP leader from Bengal, Raju Bandopadhyay, who had said that “when we (the BJP) come to power, we will make the police lick our shoes. We will keep transferring them from one place to another even before they can start working in a place.” Another Twitter user Vinay Kumar Mishra @VINAYKMISHRA wrote: “Why not let CBI and ED be free from New Delhi’s shackles…” Mishra is described in his Twitter account as a General Secretary of the West Bengal Trinamool Congress. A few tweets however, criticised the state government.