Woman who was molested and beaten up because she was smoking a cigarette in Kolkata, recalls the nightmare 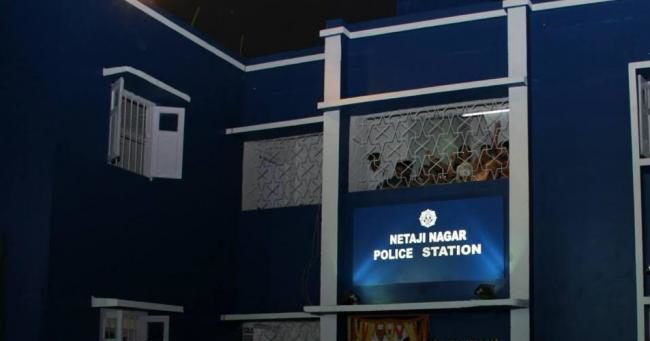 The young woman who was molested and attacked by a 39-year old man in Kolkata because she was smoking a cigarette, spoke to SWATI SENGUPTA about the episode on May 3, Thursday night. We are giving here her version of what happened. She has mentioned in her police complaint most of what she is narrating here:

My friend and I had dinner at a restaurant and we were waiting at the Jadavpur police station bus stop for an autorickshaw. It was around 10.30 pm. I had a cigarette in hand and we noticed that a middle-aged man had come and stood there. It seemed like he was in an intoxicated state. He was talking to another man. Suddenly, he tried to snatch the cigarette from my hand.

My friend and I snapped at him and threatened to take him to Jadavpur police station if he heckled us any further. To this, he started dropping names and said we couldn’t harm him he was so well connected.

Soon, we found an empty autorickshaw approaching from the Gol Park side; my friend and I got into the vehicle first. This man jumped into the auto and sat by my side. The other man sat by the side of the driver.

After sitting by my side, he started touching me inappropriately. When I started protesting and screaming, the autorickshaw driver stopped the vehicle after the Sulekha bus stop. He asked the two men to exchange their seats.

Now that the molester had been forced to sit by the side of the driver, I breathed easy. But it got worse. He started whistling at us. We shouted and screamed at him, and asked him to stop. To this, he called us sex-workers and said that women like us should be crushed under the wheels of Metro trains. Hadn’t we heard of what happened in Metro a few days back? If people had got hold of us instead, they should have killed women like us, he said.

When things were beginning to go totally out of control, the driver stopped the auto near Baghajatin Hospital Road – on Raja SC Mullick Road – and asked him to get off. He refused, but the driver was firm. At this point, the man slapped me while sitting by the driver’s side. After that he tried to run away. By then my blood was boiling. My friend and I screamed and ran after him.

We had caught him, and in his bid to run away, he kept hitting us. There was a police vehicle close by, but none of them came out to help us. Instead, there were some men who stood near a fish market. They came running – four or five of them – and informed the policemen sitting inside the vehicle. The policemen inside the vehicle now called the Netaji Nagar police station.

Some time later, a two-wheeler with two policemen came and started inquiring what had happened – as if there was a khap panchayat there and they would decide who was wrong and who wasn’t. I said I am going to lodge complaint at the police station. Initially reluctant, they eventually took the man to the police station and we followed.

Since I am a student of Jadavpur University, I called some union leaders of the University, but they didn’t respond. So we called two friends who responded promptly and arrived in some time.

At the police station, there was no lady constable or sub-inspector. So I refused to tell the officials about the incident verbally. I was asked to write down the complaint. Then, someone found out that the police station had only four A-4 size papers and I was asked to keep my complaint limited to one page. Before I started writing the complaint, an official told me, “You can see that the man is intoxicated. Let him go…” (Bujhtei to parchhen nesha korechhey. Chherey din na! he said in Bengali). But I put my foot down, telling him that if he were intoxicated would he have the right to molest me? This was enough for him to not say anything further.

The person who took my complaint however, was extremely helpful. The police dropped all of us home in their vehicle. The autorickshaw driver was very kind and supportive.

I am glad that I lodged the complaint. But I haven’t told my family members about this, because, frankly speaking, they too will be judgmental and do similar moral policing.