BJP’s “free vaccine for all” promise if party comes to power in Bengal, Trinamool’s reminder on Bihar promise

Mamata Banerjee has also promised free vaccine for all after May 5. 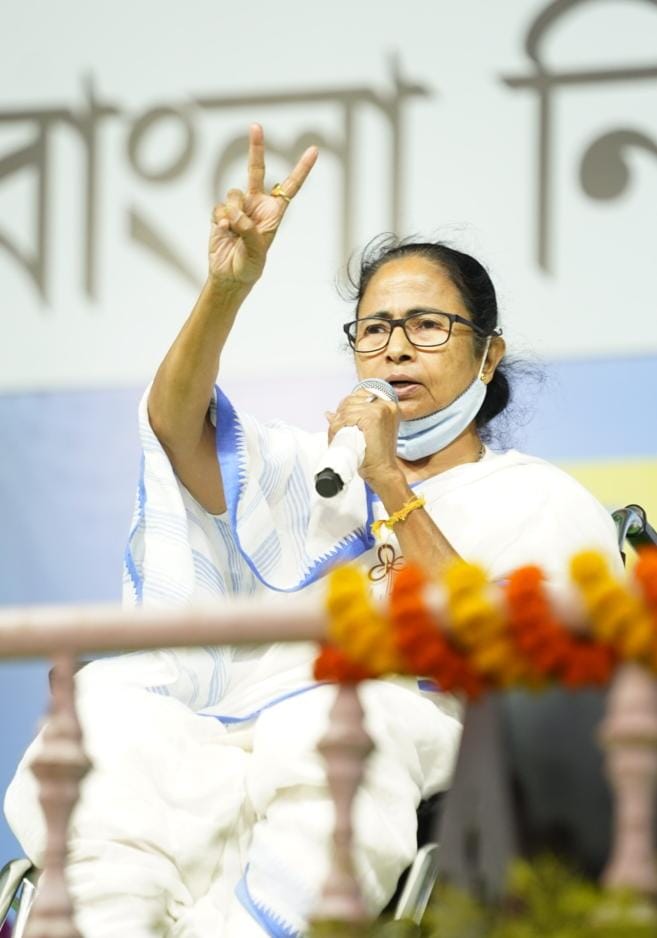 The Bharatiya Janata Party (BJP) on Friday said that there will be free vaccination for all if the party comes to power in West Bengal. Bengal’s ruling party Trinamool Congress reminded them about the promise made for Bihar before the state elections there in October 2020 and how the party had “failed to deliver”.

Bengal votes in eight phases in the ongoing Assembly elections, out of which six phases are over with two remaining. The state elections will conclude on April 29 and results will be out on May 2, amid rising cases of COVID-19 infections. In the Bihar state election campaign last year – during the peak of the COVID-19 first phase wave – the BJP had promised free vaccination for all. The party has come to power in an alliance with chief minister Nitish Kumar’s Janata Dal (United). A part of vaccination in Bihar has been free, and the state still lags behind many others.

The BJP has now made the same promise in Bengal – publicising the promise on social media nationally, saying that “As soon as BJP government comes to power in West Bengal, COVID-19 vaccine will be provided free of cost to everyone.” 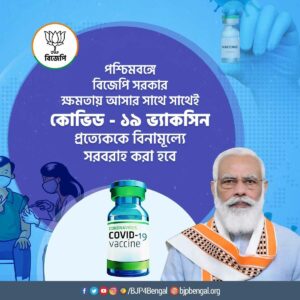 Banerjee had yesterday made the same promise, and the Trinamool Congress had tweeted her words adding: “Free universal vaccination for everyone above the age of 18 post May 5.”

In fact, prior to the announcement of the Assembly elections, the Bengal CM had written to Prime Minister Narendra Modi to allow Bengal to have enough vaccines to be given free to all voters ahead of the Assembly polls. Banerjee has reiterated in several poll campaigns that she received no response from the Centre on this plea.

The Trinamool Congress has now pointed out that the BJP “forgot” about free vaccine in Bihar after coming to power in the state last year, and added that Bengal will be forgotten similarly.

“BJP’s free vaccine jumla with two phases to go in Bengal. Remember what BJP did in Bihar? They announced during the election free vaccines. Elections finished, they forgot. Free vaccine jumla, vaccines for all in Bengal, don’t believe the BJP, don’t trust the BJP”, Trinamool Congress leader Derek O’Brien said in a statement.

The Trinamool Congress, from its official Twitter handle wrote: “Here comes the free vaccine JUMLA announcement from Bharatiya Jumlebaaz Party @BJP4Bengal ! Similar promise was made by them to fool people in Bihar before elections, which they have conveniently forgotten. Bengal won’t be fooled. DO NOT TRUST BJP!”