“I am not a political astrologer”: Mamata Banerjee, when asked who will lead the Opposition

No problem "if someone else leads", says Banerjee. 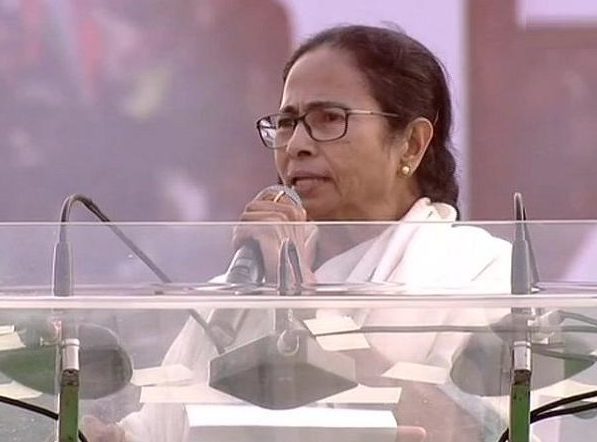 West Bengal chief minister Mamata Banerjee – currently in Delhi meeting leaders of Opposition political parties – said that she is not a “political astrologer”, when asked who will lead the Opposition. She said that “it depends on the situation” and that she has no problem if “someone else leads”.

She was not part of the meeting of Opposition parties on the Pegasus scandal, but went to meet Congress president Sonia Gandhi in the afternoon. Asked if she would be the face of the Opposition nationally with the Lok Sabha polls 2024 in mind, Banerjee said: “I am a simple worker, I want to continue as a worker”. The Trinamool Congress chief added that the talks among Opposition parties can begin after the Parliament session. Opposition leaders are coming together ahead of 2024 Lok Sabha polls to take on the Bharatiya Janata Party (BJP)-led government at the Centre.

Banerjee said that she has spoken with Lalu Prasad Yadav yesterday, and plans to talk to all parties. “There should be a common platform to work together. We will all sit and work out something,” she said.