“I had paid money to Suvendu Adhikari too, why no action against him?” Mathew Samuel asks

He is the journalist who conducted the Narada sting operation. 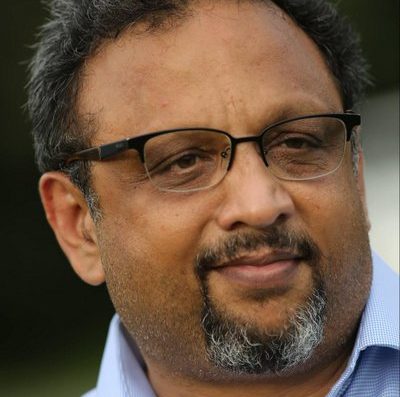 Mathew Samuel, the journalist who conducted the Narada sting operation in West Bengal, and who is also the complainant in the 2016 Narada tapes case, said today that he was unhappy that BJP leader Suvendu Adhikari was not arrested in connection with the case. Samuel said he was happy that Trinamool Congress leaders Subrata Mukherjee and Firhad Hakim had been arrested by the Central Bureau of Investigation (CBI).

“It’s a day of happiness. It’s been years. The sting tapes were released in 2016…the politicians could not be touched by the CBI. It had the chargesheet ready three years ago,” said Samuel, journalist and founder of Narada News, in a video message.

The footages were release just ahead of the 2016 Assembly elections in West Bengal. It showed video recordings of various Trinamool leaders purportedly receiving cash allegedly in exchange for some favours. On Monday morning, the CBI arrested four of them – Subrata Mukherjee, Firhad Hakim, Madan Mitra, and Sovon Chatterjee. While Mukherjee and Hakim are ministers in the newly formed Mamata Banerjee cabinet, Madan Mitra is an elected MLA. Sovon Chatterjee had joined the BJP from the Trinamool Congress, but has severed ties with the party for months now and has not even contested the recent Assembly elections.

Others allegedly exposed by the Narada Tapes include Mukul Roy and Suvendu Adhikari, who have both joined the BJP. No action has been taken against them till now, and Samuel regretted this. “I had gone and given the money to Suvendu Adhikari in his office. His name is not on the list. What happened? A forensic was conducted and it was proven… the CBI took a statement from me too. I even go to know that Suvendu Adhikari admitted that he received the money from me,” Mathew Samuel said. “What I am saying is that an investigation should be fair,” he added.