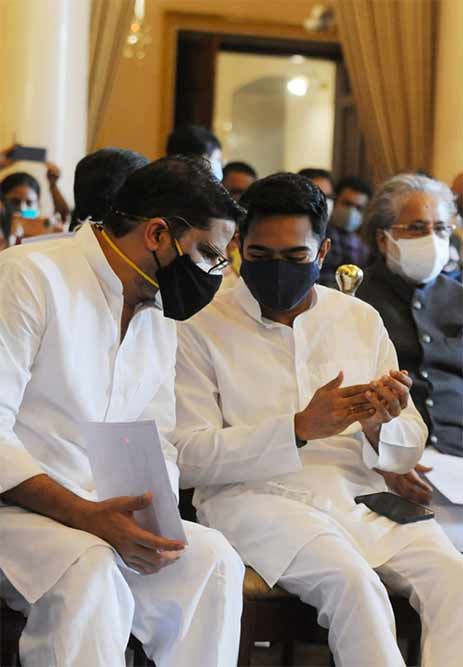 Under the backdrop of an unprecedented fight in West Bengal Assembly elections between the ruling Trinamool Congress and the Bharatiya Janata Party in April-May 2021, it has now surfaced that Trinamool’s election strategist Prashant Kishor has been a target of Israeli spyware “Pegasus” involving alleged surveillance of phones, according to a report. Also, the party’s new national general secretary, Trinamool MP Abhishek Banerjee has been “selected as a potential target for surveillance”, according to the report.

According to a report by The Wire, “In the midst of the heated West Bengal assembly election, the phone of poll strategist Prashant Kishor was broken into using NSO Group’s Pegasus spyware, according to digital forensics conducted by Amnesty International’s Security Lab and shared with The Wire.” It also reported that “the mobile number of Abhishek Banerjee… who is nephew of West Bengal chief minister Mamata Banerjee and a key party strategist, was also selected as a potential target for surveillance by a government client of NSO Group, an investigation of leaked data by The Wire and its media partners on the Pegasus Project has shown. Also on the list is Banerjee’s personal secretary.”

There are reports of over 300 verified Indian mobile telephone numbers, including over 40 journalists, three major opposition figures, one constitutional authority, two serving ministers in the Narendra Modi government, current and former heads and officials of security organisations and scores of businesspersons being targetted, The Wire has reported.

According to The Wire report, “Their phones, and the phone of a close aide to Kishor, were not immediately available for forensic investigation, making it impossible to say definitively whether an attempt to hack them was made…Since NSO insists that only “vetted governments” can purchase Pegasus, the targeting of Kishor – who was working as an advisor to West Bengal chief minister Mamata Banerjee – is the first iron-clad piece of evidence that this deadly spyware is being used in India by an as yet unidentified agency to gather political information from rivals of the ruling Bharatiya Janata Party.”

Kishor was quoted by The Wire saying that if it is true that such methods were used, it is clear that it doesn’t have an impact on the electorate. Mamata Banerjee and her party won a landslide victory in the state for the third consecutive term. However, Kishor also said that this also indicates attempts to take undue advantage through illegal snooping.