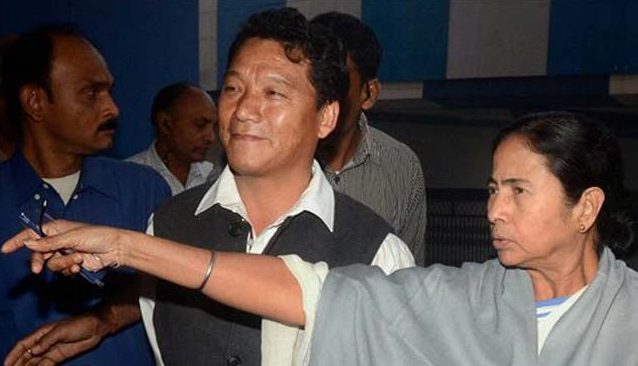 After the dramatic appearance of Gorkha Janmukti Morcha (GJM) founder Bimal Gurung in Kolkata, announcing that he has severed ties with the BJP and wants to ally with Mamata Banerjee, the All India Trinamool Congress said the party welcomed his decision.

From the official Twitter account of the party @AITCofficial, the Trinamool Congress said “We welcome Bimal Gurung’s commitment to peace & decision to withdraw support from NDA while reposing faith in @MamataOfficial’s leadership. BJP’s attempts to use Gorkhaland issue for petty politics & their untrustworthy nature now lay fully exposed before people of Bengal. We’re confident that all the key stakeholders in hills, including political parties & GTA along with civil society will work together & join hands with us for the peace and prosperity of our motherland.”

Gurung had gone into hiding for the past three years since a clash in the Hills in September 2017. He appeared rather dramatically in Kolkata on Wednesday evening and made the announcements in a press conference, stating the BJP had done “nothing for the Hills”. He also said that he wants to see Mamata Banerjee as chief minister for the third time and wants to give the BJP “a fitting reply”.

The BJP has been winning elections in the Hills with Gurung’s support for over a decade. With the GJM founder now going into alliance with the Trinamool Congress, it is expected to significantly influence the 2021 Assembly elections in West Bengal.