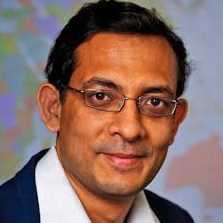 Nobel laureate Abhijit Vinayak Banerjee on Monday urged the Centre “to establish the truth of what happened” at Jawaharlal Nehru University on Sunday evening. Banerjee, who is an alumnus of JNU, told this to News18.com.

On Sunday evening, goons entered JNU covering their faced and went on a rampage in which 22 students and teachers were injured. This includes JNU Students’ Union president Aishe Ghosh and teacher Sucharita Sen. A shocking video shows how goons entered the campus with lathis and iron rods in hand and led the attack, their faces covered. Students and ordinary citizens without any political affiliation have been leading peaceful rallies across the country to protest Sunday’s horrific incident in Delhi.

Banerjee said that “any Indian who cares about the nation’s image in the world should worry. “This has too many echoes of the years when Germany was moving towards Nazi rule,” he said. He added that he was very concerned about the injured and wished them speedy recovery.

“The government needs to actually establish the truth of what happened and not let it get drowned in the chorus of accusations,” Banerjee said, when asked about the JNU registrar’s statement that blamed the students for protesting hostel fee hike for the violence.

Banerjee had himself faced police action in JNU in 1983 when he was a student there. Banerjee had been jailed in Tihar for over a week around that time.

Last week, Banerjee and Esther Duflo, who also won the Nobel Prize in Economics this year, in an article had written that the Centre’s National Register of Citizens (NRC) and the Citizenship Amendment Act (CAA) needed a rethink. Duflo and Banerjee had written in it that the “paranoia about immigration is a genie that needs to be put back in the bottle as soon as possible.”