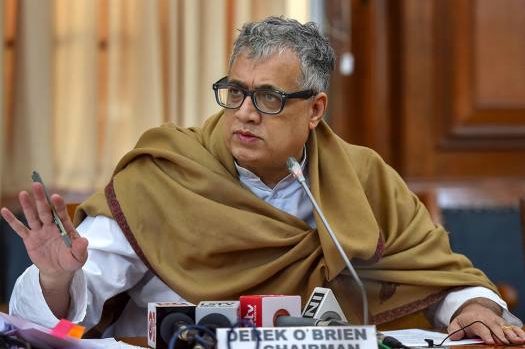 Trinamool Congress MP Derek O’Brien on Monday made a “fact checking” of Prime Minister Narendra Modi’s speech in West Bengal’s Sahagunj, countering his statements where he had accused chief minister Mamata Banerjee, her party and her government of preventing development by not implementing Central government schemes. Modi had also raised accusations on corruption, and said people were not to worship Durga.

PM Modi had called upon the people of Bengal to bring in ashol poriborton (real change) in the state. During his visit, the PM also inaugurated several railway projects, including the extension of Kolkata Metro’s North-South line.

O’Brien pointed out the average per person income had “more than doubled – from Rs 51,543 in 2010 to Rs 1.09 lakh in 2019”, countering Modi’s statement that the state had not been allowed to develop. O’Brien also said that “nearly 89 lakh small businesses operate in Bengal today compared to 34.6 lakh in 2012, employing 1.35 crore people”.

PM Modi had said that the Trinamool was not allowing Bengal farmers to benefit from the Centre’s PM-Kisan scheme, and people from the state hadn’t got the benefits of “Ayushman Bharat”, — the Central government’s medical insurance scheme. The Rajya Sabha MP pointed out that Bengal had already introduced schemes for farmers and a medical insurance project, Swasthya Sathi. He also pointed out that the state had sent a list of 2.5 lakh farmers to be included in the Centre’s scheme, but “no amount has been disbursed so far”.

PM Modi had also mentioned in his Sahagunj speech that though the Centre had sanctioned Rs 1,700 crore, only Rs 609 crore had been spent in Bengal for a clean piped water connection scheme. To this, Derek O’Brien pointed out that a scheme launched by Mamata Banerjee was being implemented and would provide “piped water to two crore households at a cost of Rs 58,000 crore”. This is to be fully funded by the state government.

The Prime Minister had also mentioned in his speech that the jute and potato industries in Bengal were suffering. This too, was countered by the Rajya Sabha MP. Earlier, another Trinamool MP, Sougata Roy, had said that the jute mills that have closed down are under the Centre. Derek O’Brien’s “fact-check” list also mentioned the Bengal government’s assistance to Durga puja committees, countering the statement made by PM Modi that people in Bengal had been stopped from worshipping Durga.