She raised concerns on shortage, efficacy and affordability. 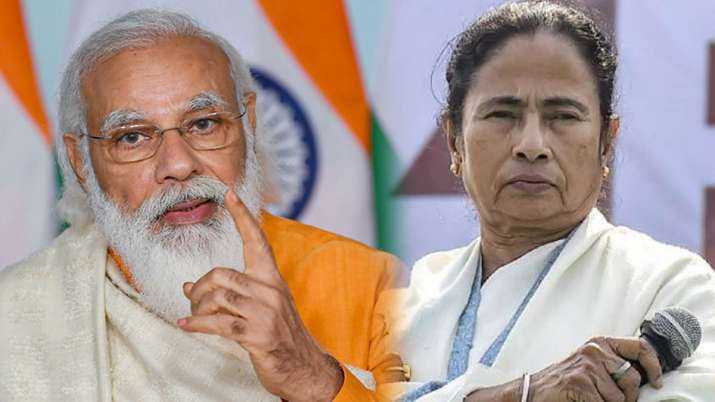 West Bengal chief minister Mamata Banerjee on Tuesday wrote to Prime Minister Narendra Modi, criticising the Centre’s new COVID-19 vaccine policy, calling it “hollow and without substance”. She also said today at various public meetings that the PM had allowed open market sales after sending vaccines abroad without caring for enough vaccination for citizens who have been hit hard by the second wave.

In a letter to PM Modi, Banerjee said the Centre should ensure that people can get the vaccine at affordable price. “I’m informed that the Central government has announced the much-delayed ‘universal’ vaccine policy on 19th April, 2021, which appears to be hollow, without substance, and a regrettable show of evasion of responsibility…,” she wrote in the letter.

Oxygen being taken away to UP, asked PM for transparency in…

“When the number of cases…is spiralling… the Centre has chosen to tactically indulge in empty rhetoric…” the letter adds, telling the PM that he had not responded to her April 24 letter seeking permission for West Bengal to purchase vaccines directly so that vaccines could be provided free of cost to all voters prior to the Assembly polls in the state.

The Centre on Monday announced vaccinations for all aged above 18 years from May 1 and allowed state governments to procure stocks from the manufacturers as well as from the open market. Several states had sought opening up the vaccination for all ages and reported vaccine shortage over the past few weeks.

Banerjee also raised concerns about the efficacy and affordability of the vaccine. “The announcement does not address major issues like the quality, efficacy, stable flow of supply… it appears to be based on market prices which may put the common people under huge financial burden,” she wrote.

Oxygen being taken away to UP, asked PM for transparency in COVID policies: Mamata…